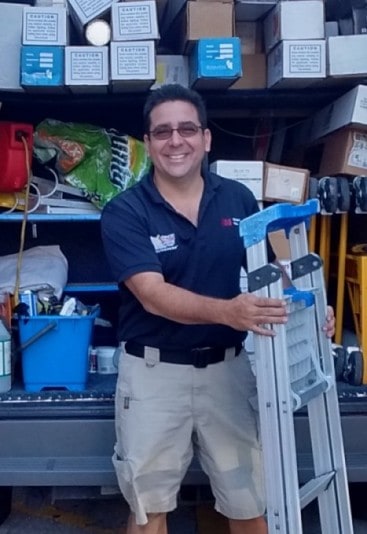 Ivan Soto will be representing Rayno Window Film at The 2017 International Window Film Conference and Tint Off. He is a perfect contestant because he has years of experience and has tinted a variety of vehicles. Ivan has been in the industry for over 25 years. His specialties lie in auto, arch, and marine. This will be his first time competing at the Tint-Off and we are confident in his experience and skills. He runs his mobile window tinting company and loves what he does!

We asked him some questions about his experience and tips to learn more about him and his best practices with installing window film.

1. When did you start your career as a professional window film installer?

I started my professional career as a window film installer in November 1993, when I started my own window tinting business.

2. How did you get into the window film industry?

It’s a funny story. 25 years ago, a friend owed me money. He said he knew how to do window tinting and another friend of mine said that he wanted his car tinted. I used this as an opportunity to get my money back. I brought him the car to tint and he asked me to help. So, there I was, helping tint the car to get my money back. From then on, I saw the opportunity to make money easily and have been doing it ever since!

3. What is your favorite part about your job?

Since my business is mobile, I work outdoors, which I like. I drive to my customer’s location for their convenience. Arriving at their location to tint their windows makes them happy. Plus, I am my own boss!

4. What is your #1 tip for properly applying window film you would give to new window tinters?

My #1 tip would be to prep the surface of the glass and film properly to avoid contamination.

5. What is the most interesting, unique thing you have tinted?

A gigantic 7 deck tall silver “X” from a cruise ship called Celebrity Solstice. I installed the “X” on the balconies, hanging from the outside. I used silver exterior film 20%, on a 16 deck tall cruise ship.

6. What do you educate your customers on when helping them decide on the best window film for them? What are the most important window film features they should know (ie: fading rate, IR rejection, film materials, etc.)?

I consider IR rejection the most important feature for choosing the right film.

7. How can people get a hold of you for tinting services?

The rear doors are similar to shrink to the front doors. See his process and explanation.

Check out Ivan’s process for installing Rayno Film for the front passenger side door. Almost done!

He doesn’t use sharp knives to cut the film. See why…

He uses a specific tool that helps prevent the film from scratching as you apply it to the window.