The 2014 SEMA show was the second year for Rayno to attend as a vendor. We were very happy to partner with Sparks Media this year to create a booth that allowed us to put our films on display in a way that speaks to our modern approach to technology and innovation. The two main focus’s for us this year were to invite attendees to sample our automotive films and to display our patented PDLC Smart Film on a large scale for patrons to experience. Our booth featured a demo area for tinters to experience our Phantom product first hand as well as a Smart Film wall, which was 13 feet long and hid behind it a 2014 Corvette Stingray that would become visible as the glass of the Smart Film wall turned from opaque to clear. Our Phantom demo area was a big hit and we had a great time speaking with all of the tinters who stopped by to try our film and ask questions about Rayno. Overall, SEMA 2014 was a huge hit for Rayno and we’re already planning on what we can do to step up the experience for 2015. 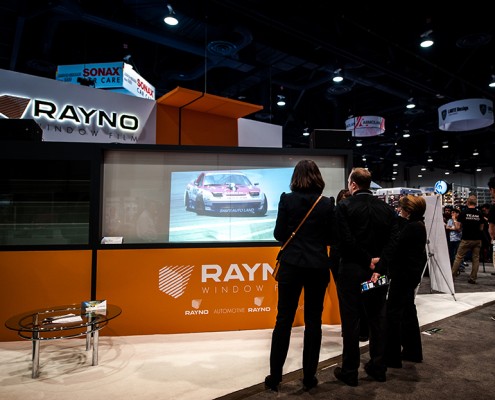 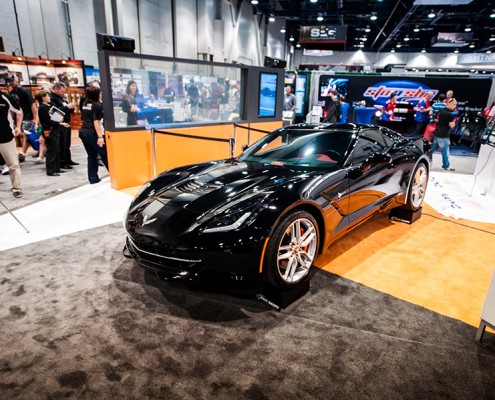 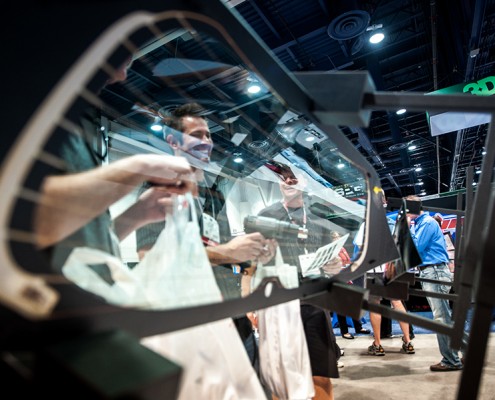 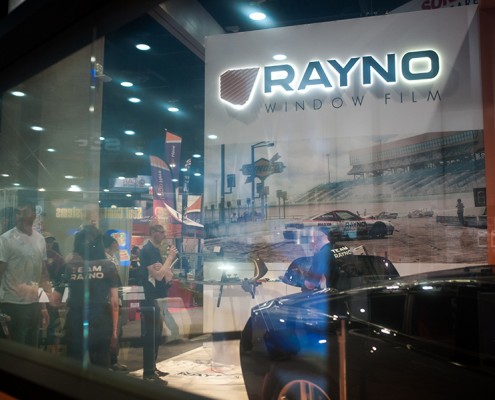 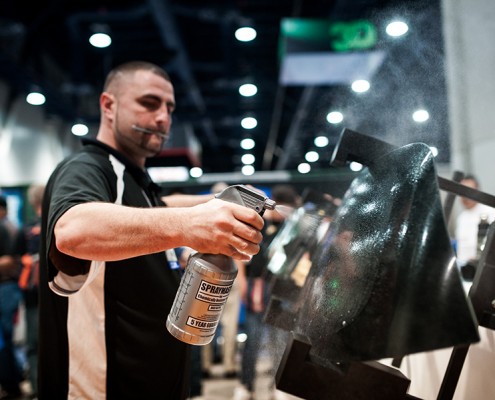 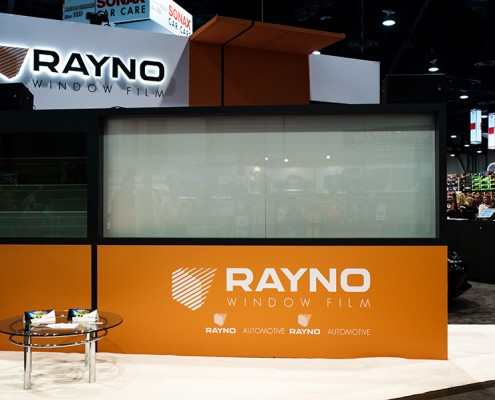 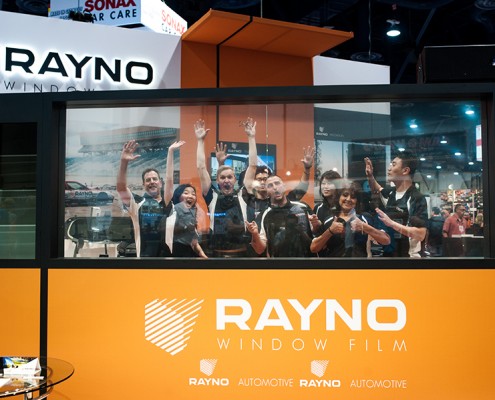 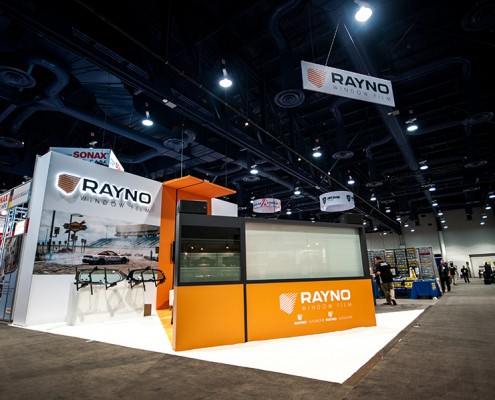 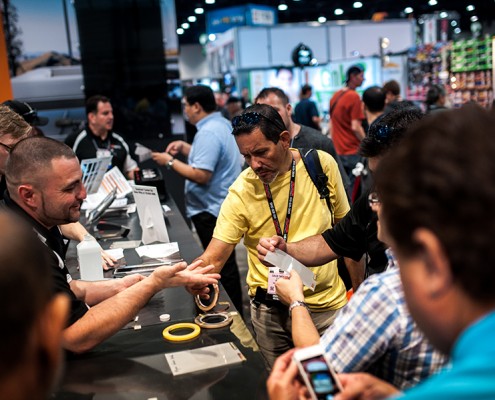 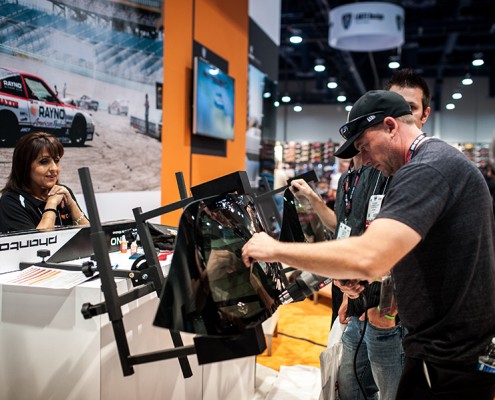 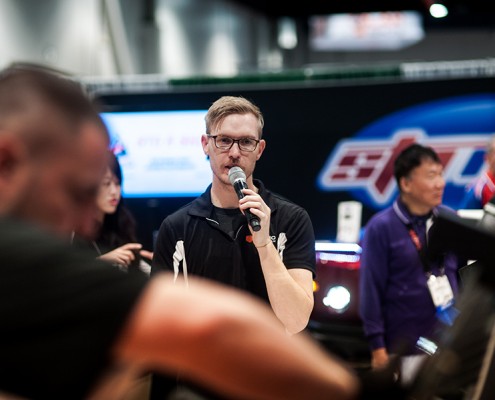 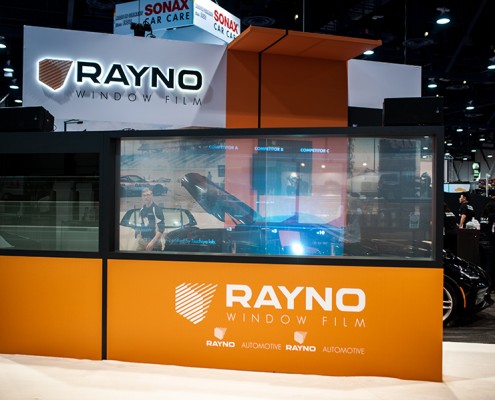